This baked potato hash recipe had been twisted so many times.  It was a hand-me-down recipe.  It is cooked in a much healthier, easier and quicker way to feed a big crowd.

I cook paprika potatoes since I learned this recipe from my mother-in-law right after marrying my husband in 2002. 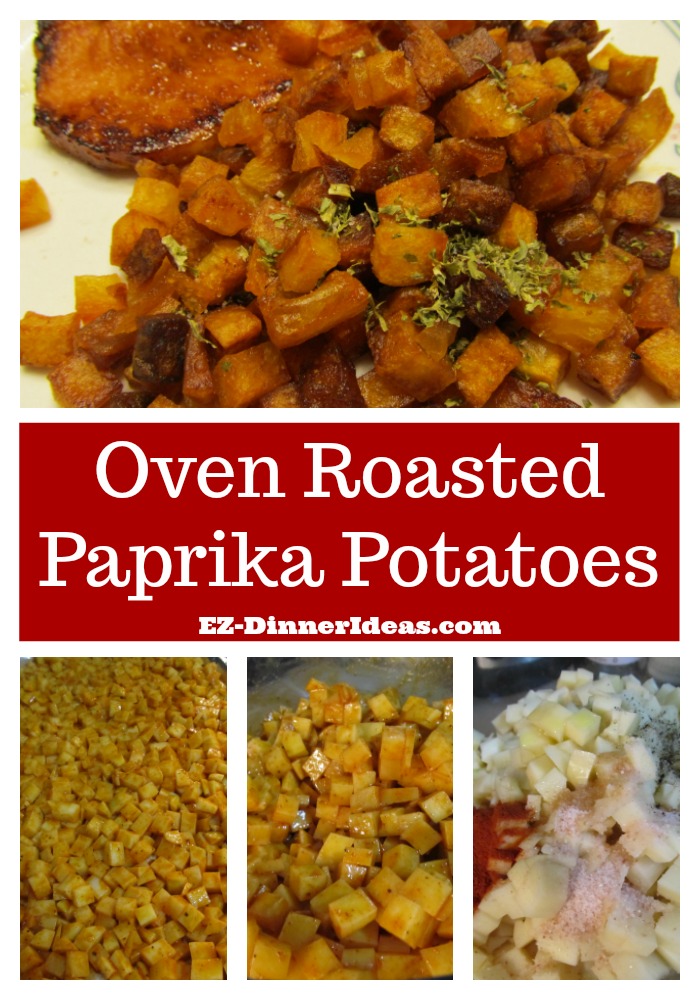 Well, the original recipe was from the stove top.  It was very time-consuming.  The potatoes came out more like mashed potatoes, but crispy on the outside.  But my hubby loves them to be crispy.  So, it took forever to cook this dish with a not-very-appetizing look.

Then, I twisted it to deep fry the potatoes in a deep-fryer first before transferring them to another pot of seasoned oil on the stove top.  Basically, you deep fry these potatoes twice.

To get them to the right texture (crispy on the outside and chewy on the inside), it still takes an hour to cook them.  On top of that, I am not a big fan of deep-fried food, especially eating it on a regular basis.  But my hubby and little one are crazy for it.  Even when my family came over from Hong Kong to visit us, they went nuts for these potatoes.  I guess I am the only weirdo here.

With that old cooking process, I used a couple of pans, spatulas and a lot of oils before the potatoes were ready on the table.

Believe me, I only post recipes that I am completely sold and satisfied with the results.  As the story I told you earlier, I was really struggling.  It was either the long cooking time or the health hazardous cooking method which made me to turn my head to the opposite direction and leave this recipe alone.

Well....until one day, my hubby told me that he was willing to try a healthier version of his all-time favorite paprika potatoes.  Just out of the blue, I figured I would just pop that baby into the oven.  I love to cook with oven, especially during winter time.  As soon as he had his first bite, he couldn't stop eating.  What a big surprise there, huh?  That was my story of creating this baked  potato hash.

In my house, we always serve this dish with smoked pork chops.  Those from the butcher counter or smoke house are 100 times better than any packaged ones.  Of course, the price is more.  You can pair this baked potato hash with Salt and Pepper Pork Chops, too.

With this new cooking method, you can cook up to 4 pounds of potatoes.  I did it once when we served this as a side dish.  You need to separate the batch into 2 halves and put them on 2 separate baking sheets.  Pop them into the oven at the same time.  Cook time is the same as cooking a single batch. 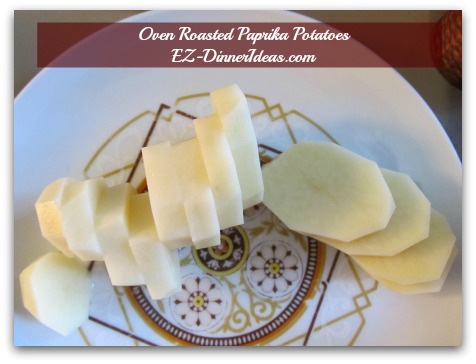 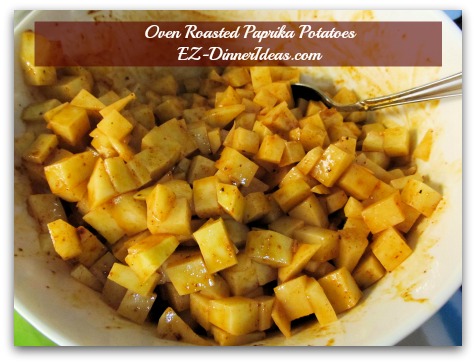 Mix potatoes with oil and seasonings in a mixing bowl 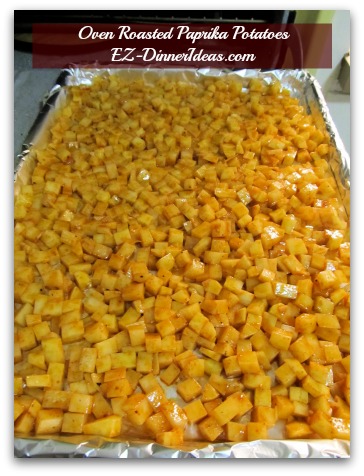 Transfer seasoned potatoes and single layer them on a baking sheet 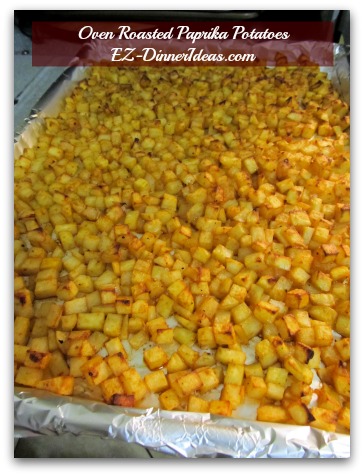