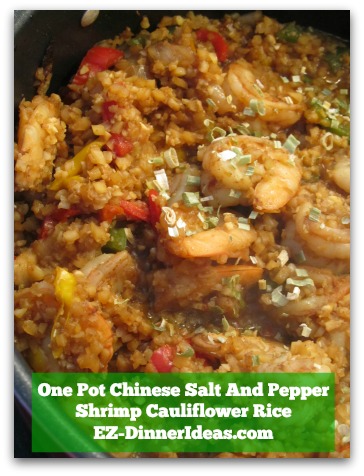 Thinking of cauliflower, it always reminds me of my late father-in-law.  There were times and again that he expressed cauliflower was his all time favorite vegetable.  Well, back then, I created several cauliflower recipes because of his frequent visits.  I will definitely share with you more cauliflower recipes in the near future.

But let's dive into cauliflower rice.  Yes, you definitely can make your own in which you have more control, especially the grain size.

If you are super busy and juggling between job and personal life, pre-packaged cauliflower rice will help you to save a lot of time.

As mentioned earlier, you can make your own.  But it does take time to cut up the florets.  Not to mention that you have to ground it up in a food processor which is one more thing you need to wash.

Traditional Chinese salt and pepper shrimp is deep-fried.  I want to keep the entire recipe healthy.  Therefore, I do stir-fry instead.

If you prefer to have chicken instead of shrimp, please feel free to replace it.  Beware that it could take longer to cook through the meat if you make that replacement. 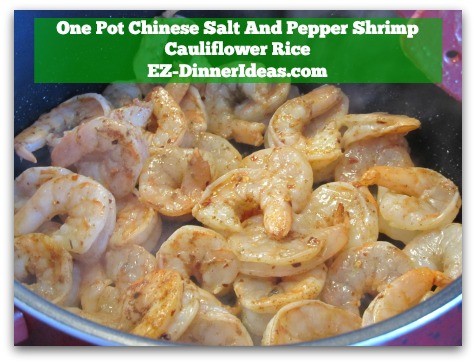 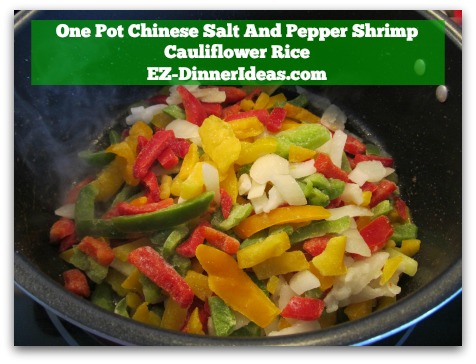 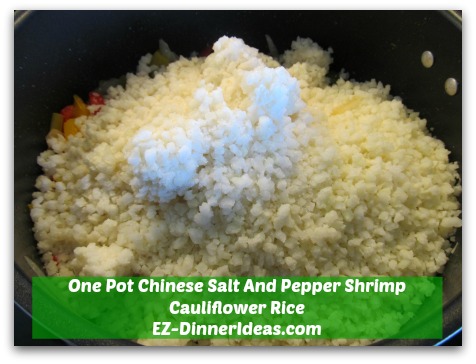 Of course, with the star, Cauliflower Rice 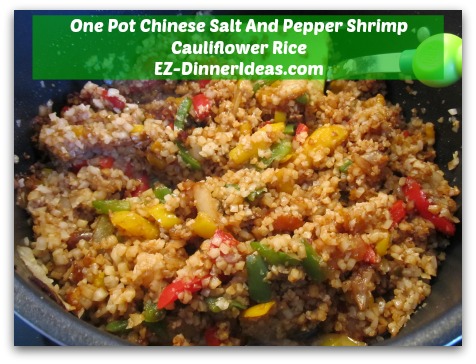 Cook until all frozen vegetables and cauliflower rice are thawed 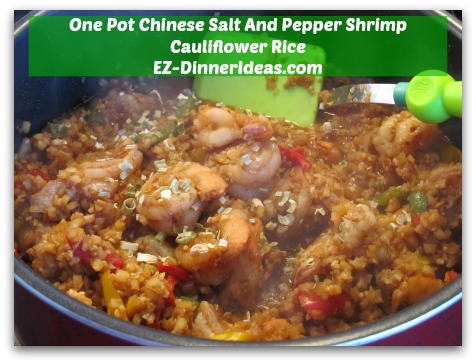 Add shrimp back in until everything is thoroughly cooked through