Yes, this crockpot pork roast recipe won the championship in a Crock Pot Cook Off.  It is very special to me because it was the first cooking contest that I had ever participated. 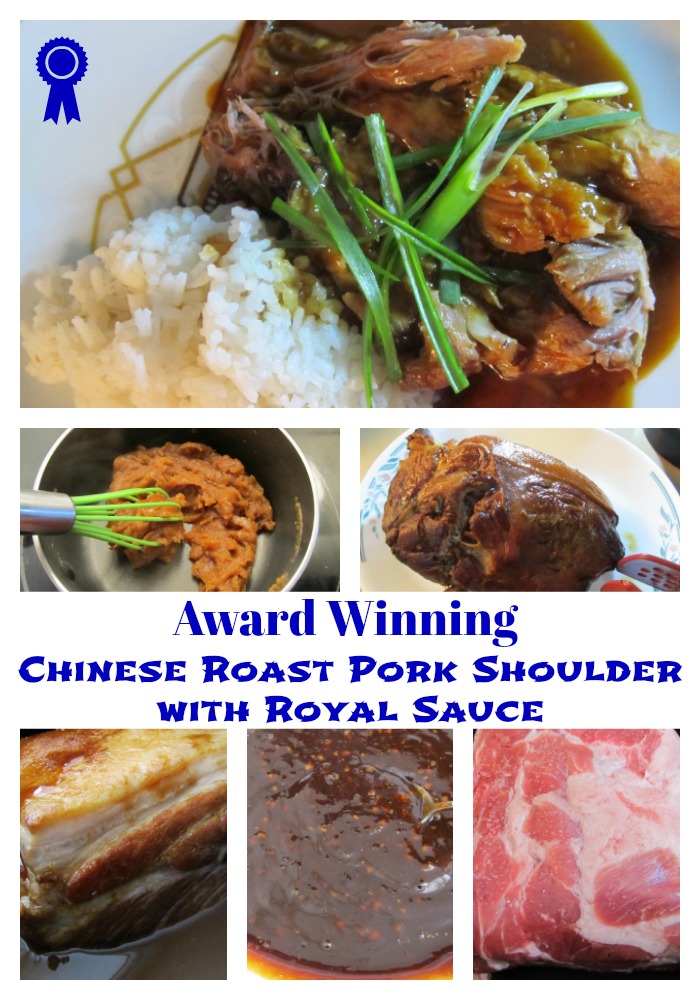 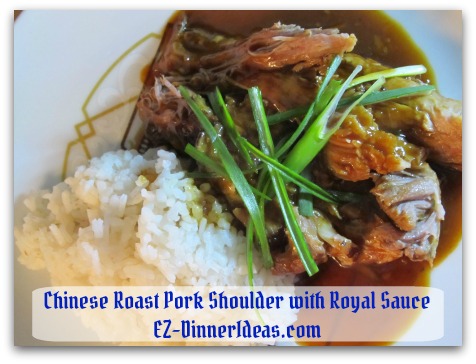 A few weeks before the event, I was trying to brainstorm an idea of what I wanted to make. I considered of these:

With all those thoughts in mind, that was how this crockpot pork roast recipe was created.  I did cook it 2 weeks before the contest to make sure everything works out the way I expected. 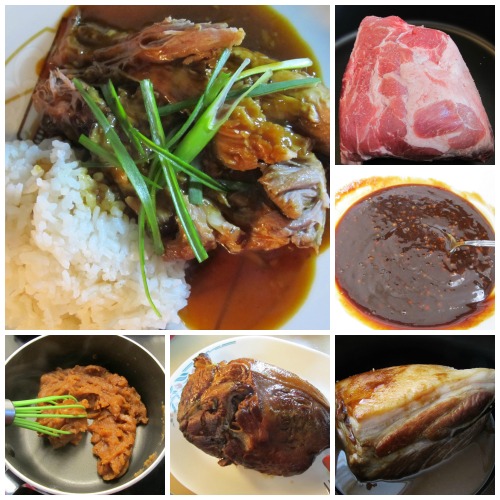 There is a relatively thick layer of fat on a pork shoulder.  Do NOT trim it until the meat is fully cooked.  That layer of fat serves 2 purposes in this recipe:

So, when exactly will you trim the fat?

When the meat is tender and ready to serve, you will take the pork shoulder out of the crock pot and rest.  Before carving the meat, slice the layer of fat off.  That is the time you will trim and discard it. 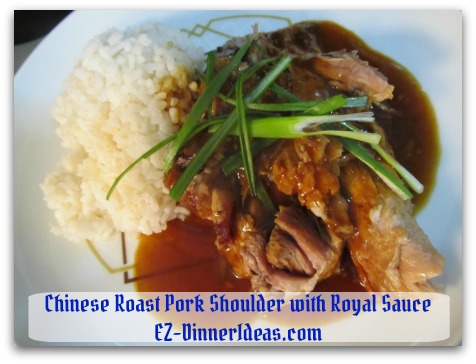 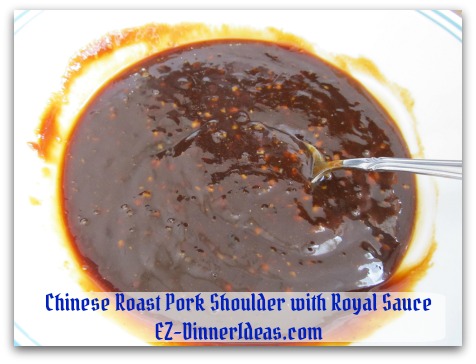 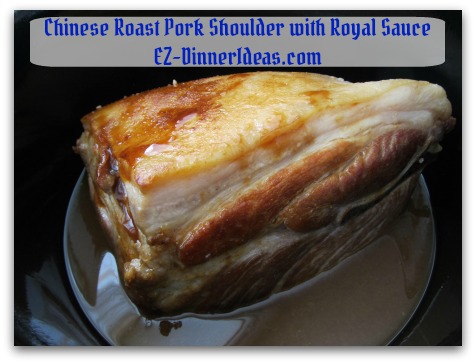 STEP 3: Transfer meat to slow cooker with royal sauce and cook for 6-8 hours 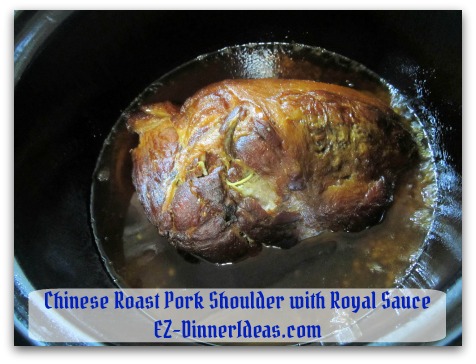 STEP 4: Until meat is fork tender 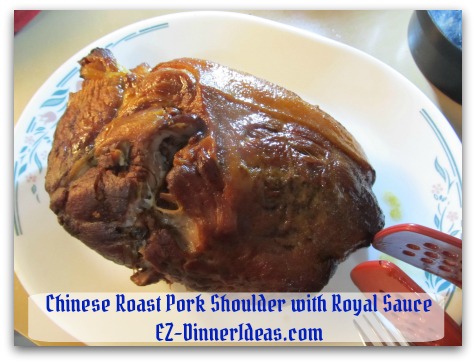 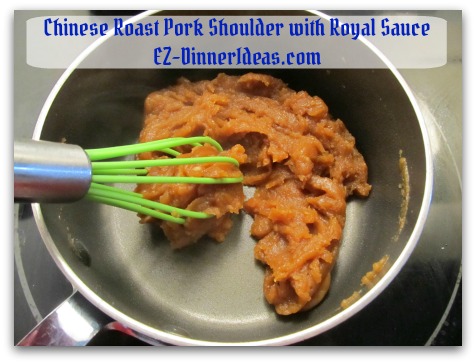 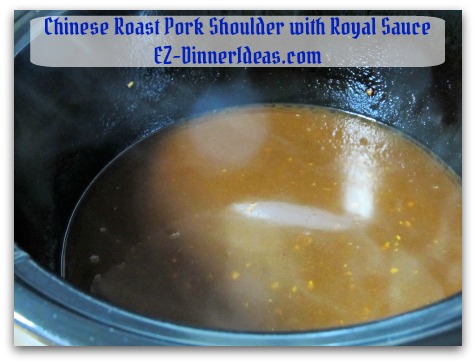 STEP 7: Stir roux into the rest of the cooking liquid to thicken the sauce 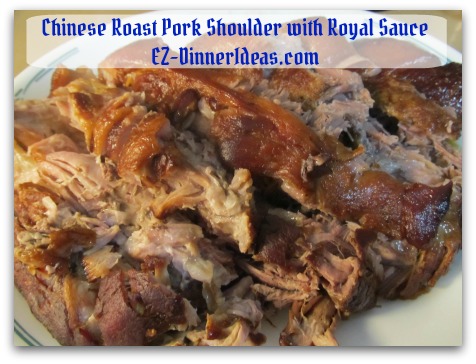 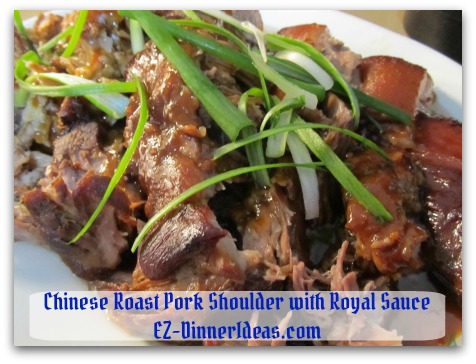 STEP 9: Garnish with scallion (optional) and serve more sauce on the side 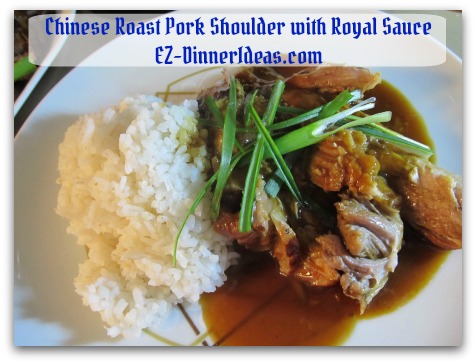 STEP 10: Enjoy with steamed white rice. (Don't forget to check out "How to Add a Magic Touch to the Rice" to make it even tastier)

Add A Magic Touch to the Rice

Nothing is better than serve this crockpot pork roast recipe with some steamed white rice.

Remember the grease we saved from browning the meat earlier? We are going to use it in the rice.  It will give a perfect touch to this award winning recipe.  I actually served it in this way during the contest.  In fact, adding some grease into the rice is a very common cooking method in Chinese cuisine.

Here are the steps: