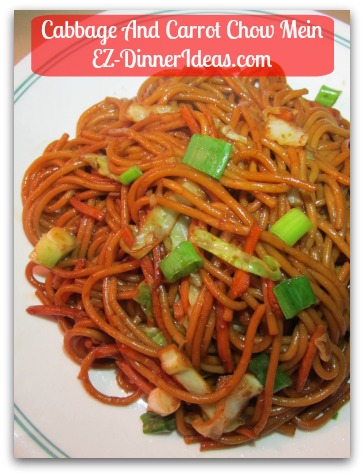 Sometimes, we forget that there are simple things in life that we don't appreciate that much, but look for something complicated.  I know I do.

This is the recipe that reflects what I just said entirely.

I can't remember what I used carrot matchsticks and cabbage for.  (Isn't that horrible that your memory sometimes slipped out on you?  Got to be experimenting some new recipes.  What else could I do with them, right?). Anyway, all I remember was...I saw some leftover in the fridge and I want to use them up asap.  As you know, throwing food away is the last thing I want to see.

Next, I realized that I was making this delicious cabbage and carrot chow mein just like from any Chinese take-out joint that it was too good I didn't get enough of it. 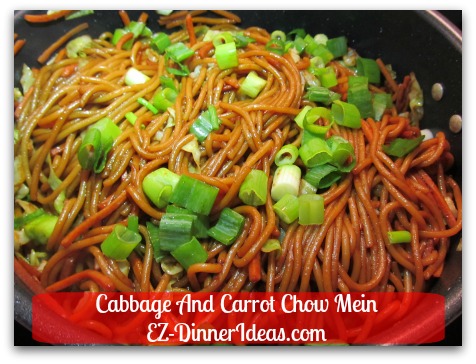 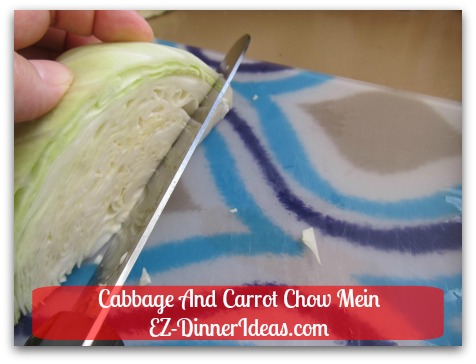 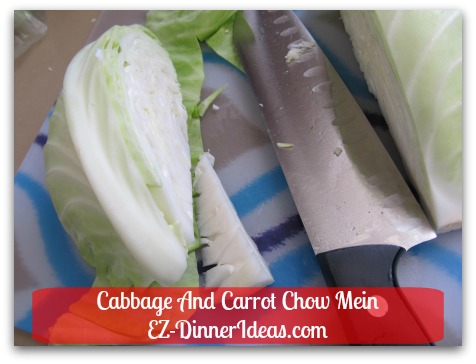 Tilt knife to cut out cores and discard 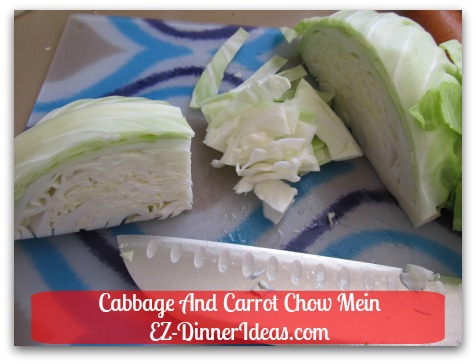 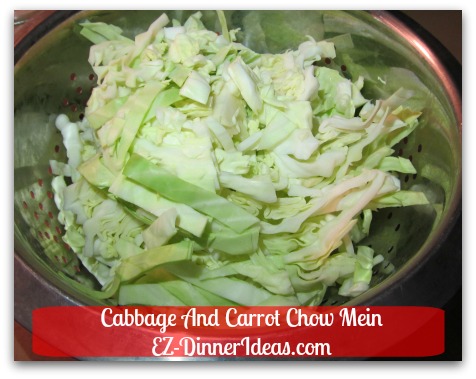 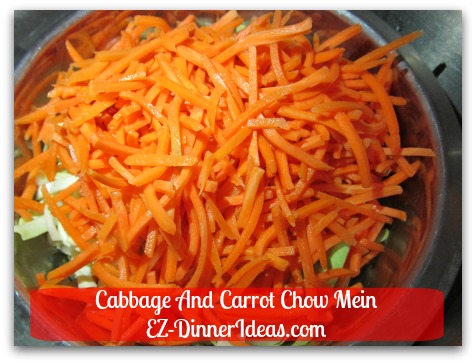 Top with carrots as well. Drizzle oil and boiling water on top of the vegetables 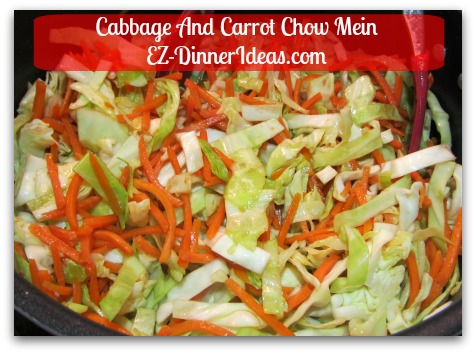 Use same pasta pot and toss in vegetables 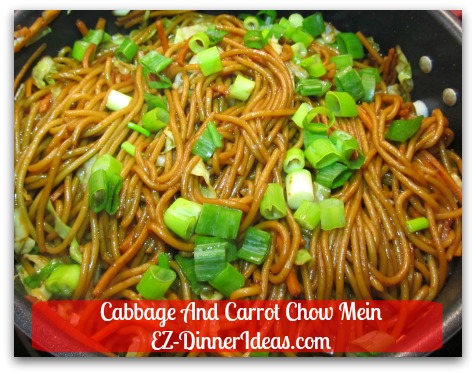 Then add pasta, seasonings and garnish with scallions 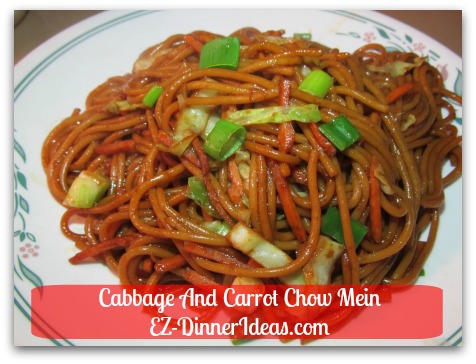