Ham spaghetti stir-fry was the one of the first ham leftover recipes I created several years ago. It was so good that every time when I got ham leftover, that is the first
thing I want to cook and eat. 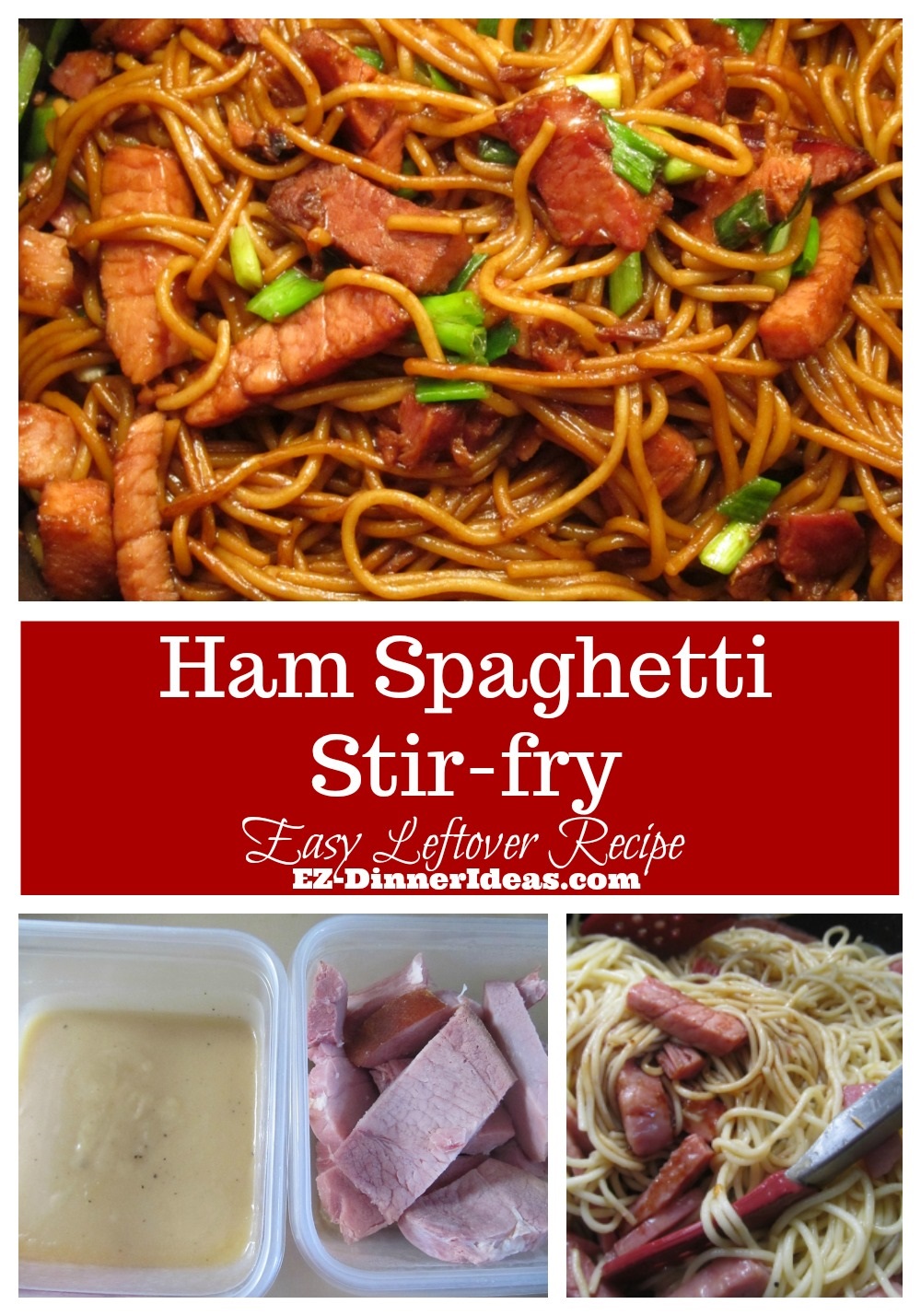 If you don’t have any ham leftover, replace it with ham steak or Canadian bacon.  Try your best to stay away from deli ham.

The flavor of this ham spaghetti stir-fry dish is sweet and salty at the same time.  If it is not sweet enough, I use molasses.  You could use more gravy leftover or brown sugar.  Any of them would work.

Hope you will enjoy as much as I do. 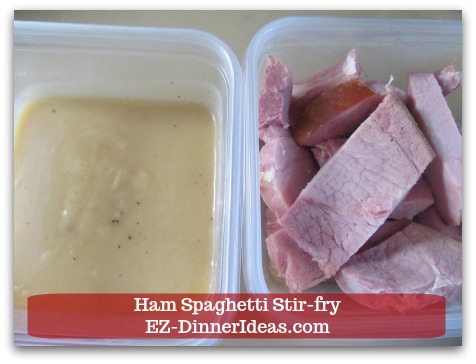 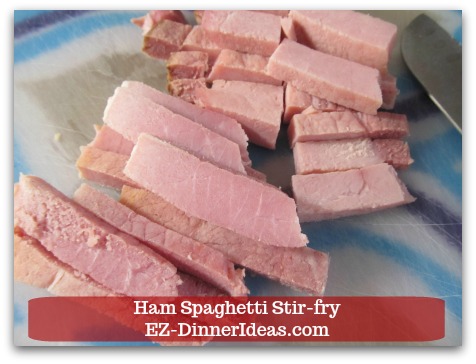 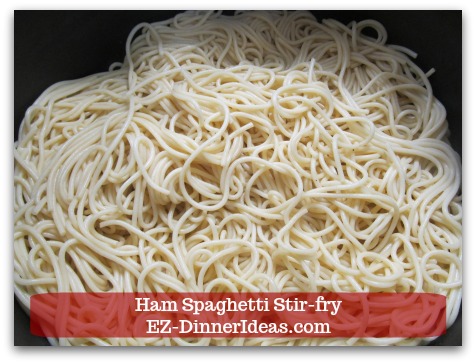 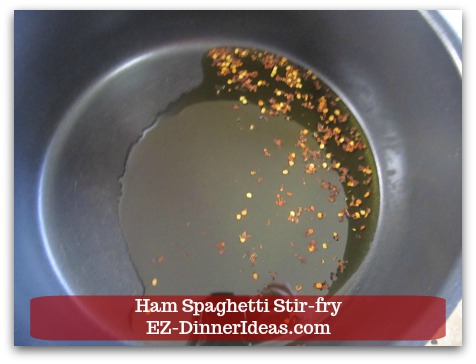 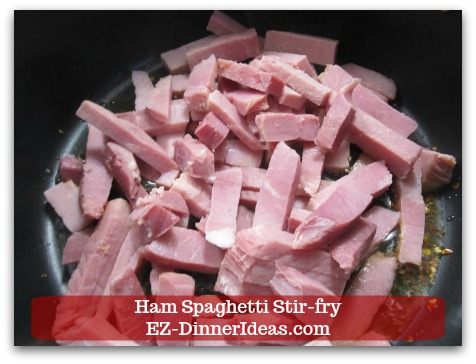 Stir in ham until it is warm through. 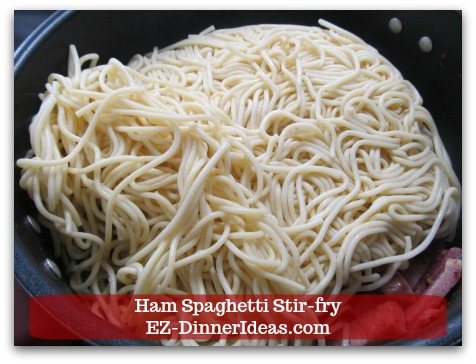 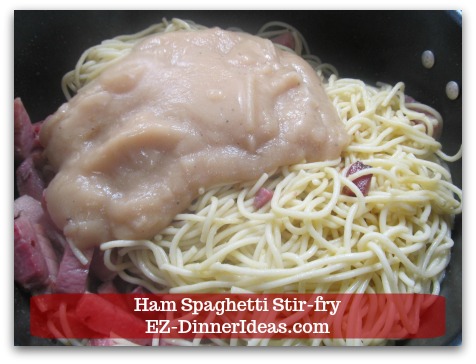 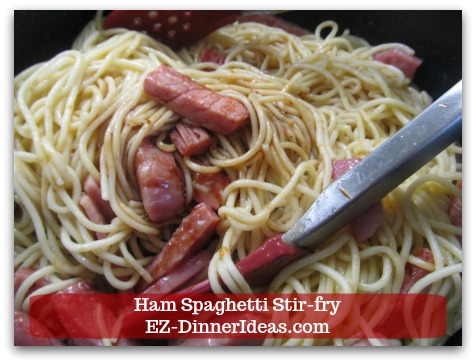 Stir in soy sauce, salt and pepper to taste. 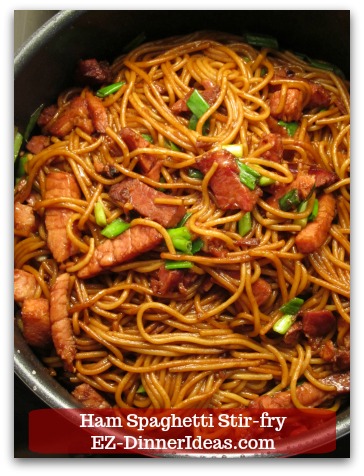 Garnish with scallions (optional) and ENJOY!