Banana French toast recipe is super easy.  You can make a restaurant-style breakfast for 2 under 20 minutes with a very low budget. 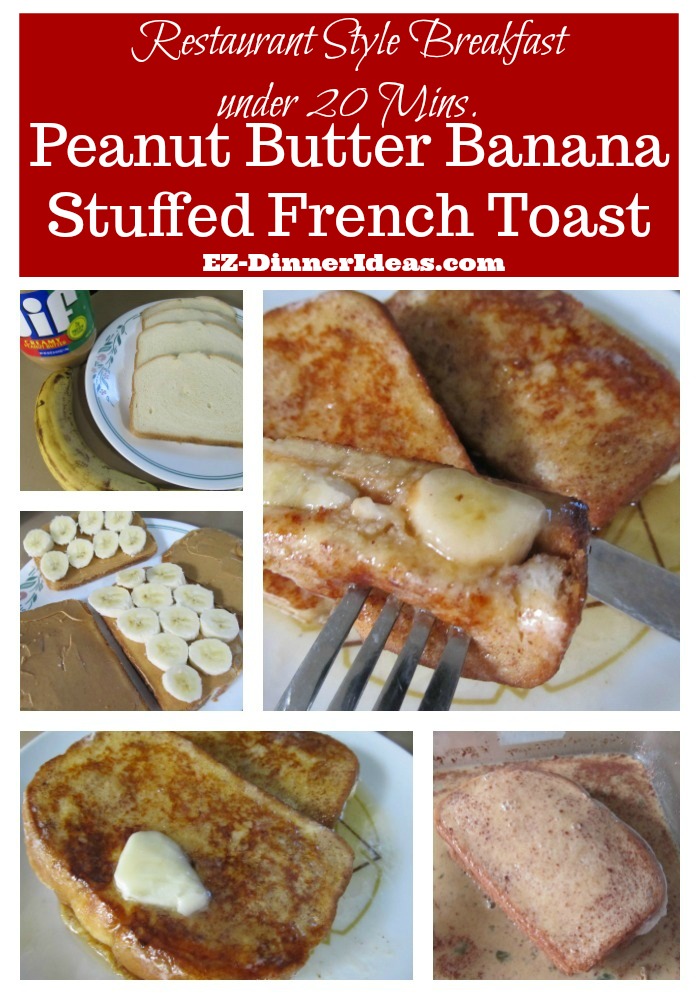 When I was in high school, I always loved to go to this cafe during lunch time with my friends and ordered this sandwich, peanut butter banana cinnamon sandwich.  It is always pressed with panini press back then.  But I guess either the word "panini" was not too popular in our culture or the title was more focus in the Chinese translation.  It always seemed like this sandwich was too fancy to make it at home.  But what made the sandwich stood out was the extra cinnamon added inside the sandwich.

So, with all those reasons, this was how this banana French toast recipe came along. 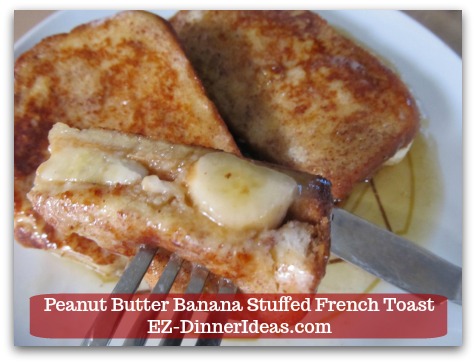 Feel free to double, triple or, even, quadruple this recipe for a family meal.  Bear in mind that all your ingredients and time to prepare this meal will increase by proportion if you choose to increase the serving size. 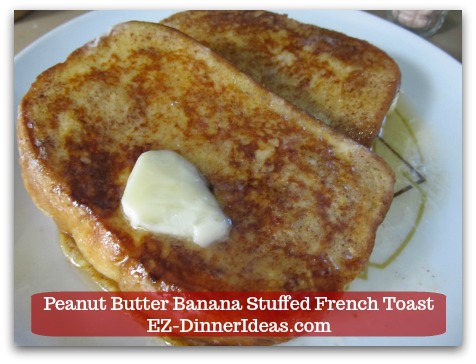 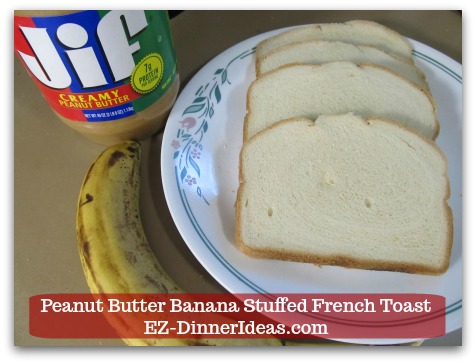 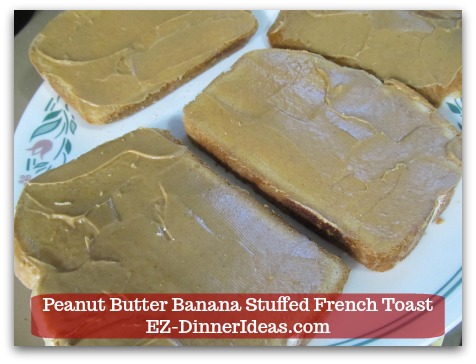 Spread peanut butter on one side of each slice of bread. 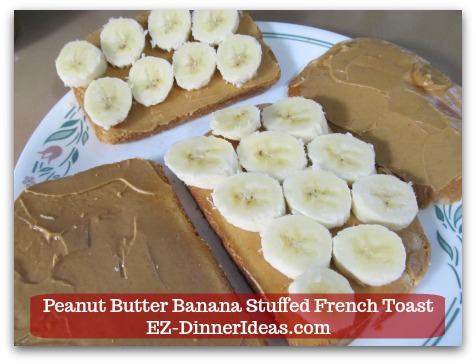 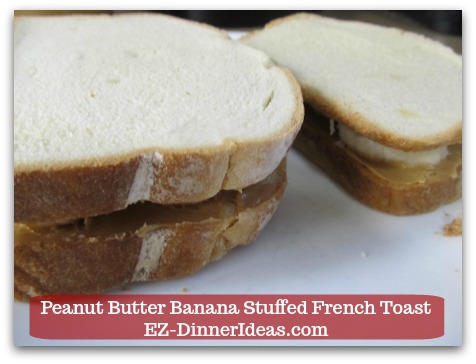 Top it with another slice of bread to make a sandwich. 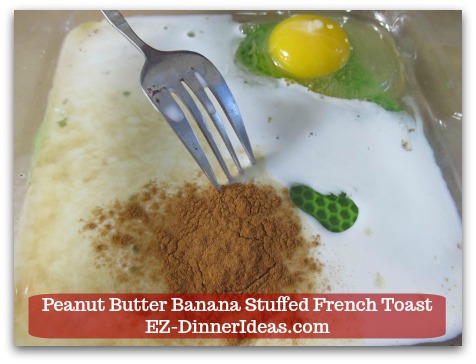 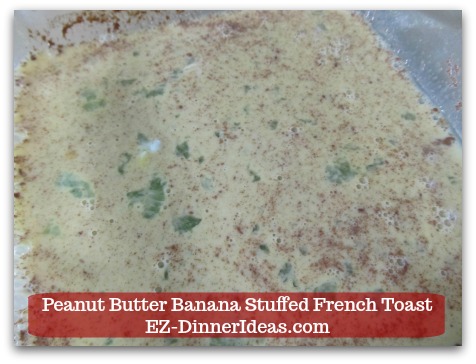 Whisk to combine and put egg mixture aside. 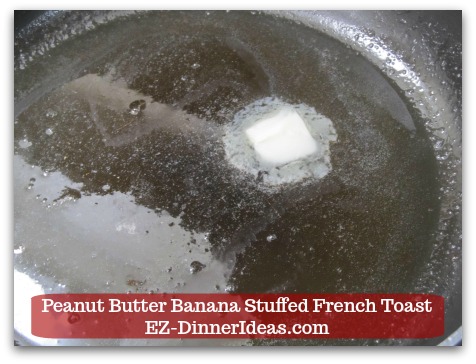 Melt butter and canola oil together in a skillet at medium heat. 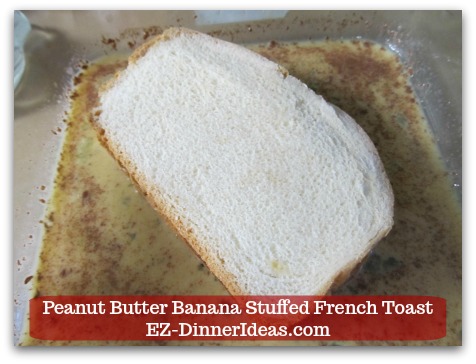 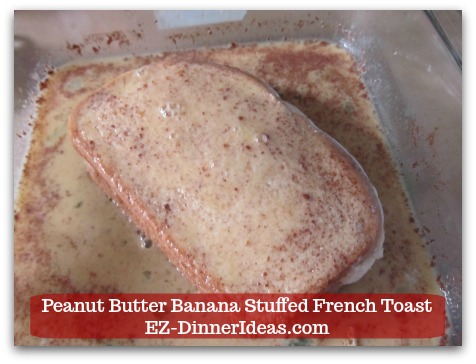 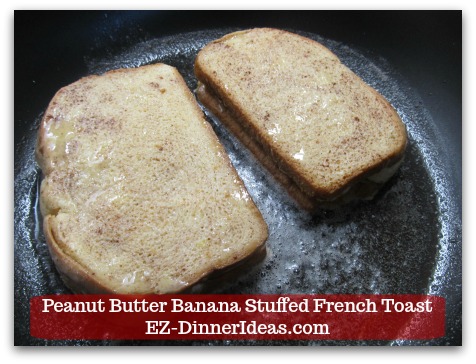 Cook both in the skillet for 4-5 minutes. 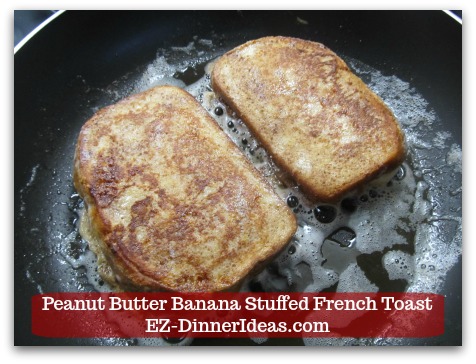 Turn over and cook for another 3-4 minutes until brown. 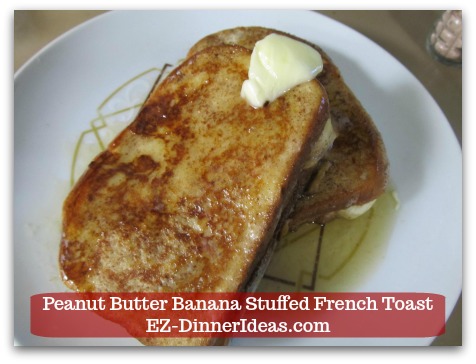 Serve with butter and maple syrup or any other syrup of your choice. 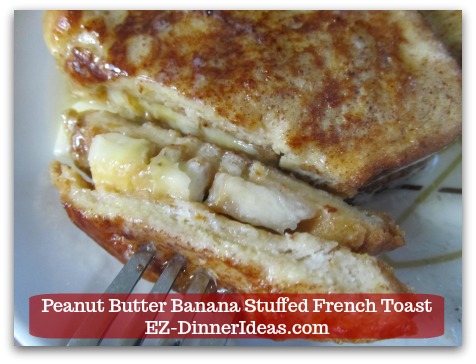