A Simple, but Fancy Breakfast Ready in 15 Minutes

Donut French toast is 2 best breakfast meals combined into one.  It's slightly crispy on the outside and soft inside.  It's out of this world. 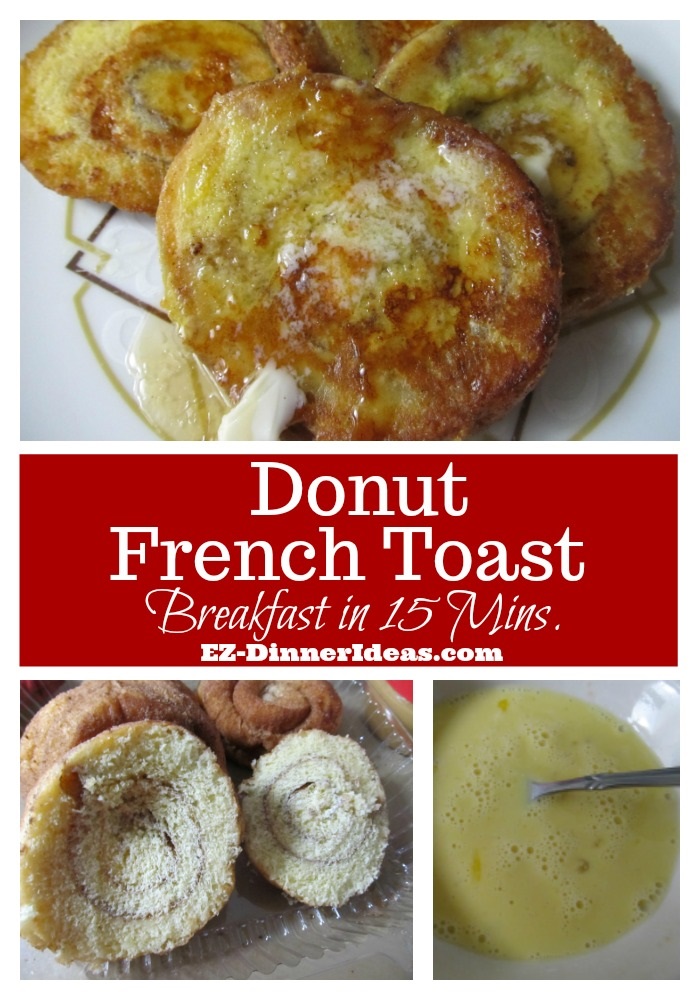 This recipe was inspired by the stale donuts sitting on my kitchen counter.  Some of you may have known me by now that I don’t like to throw food away.  My mom had ingrained in us that there are many people suffering from hunger.  So, we must treasure everything we have.

Many years ago, I used stale donuts to make a dessert.  I thought that I would try something new this time.

Man, oh man...the first bite was like in heaven.

This recipe calls for stale donuts.  Fresh ones are fine, too.

Donuts must be either plain or just some cinnamon sugar on top.  Stay away from those with icing or glaze.

These donuts can absorb the French toast batter in a second.  So, only dip it in real quick, turn over and out.

Yes, you can double or triple this donut French toast recipe. 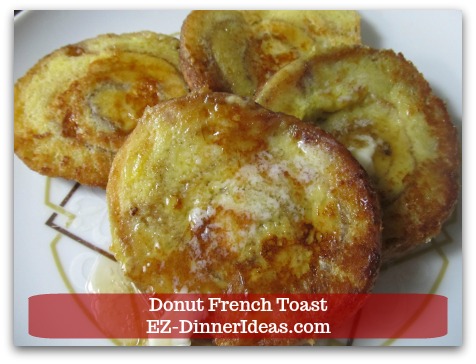 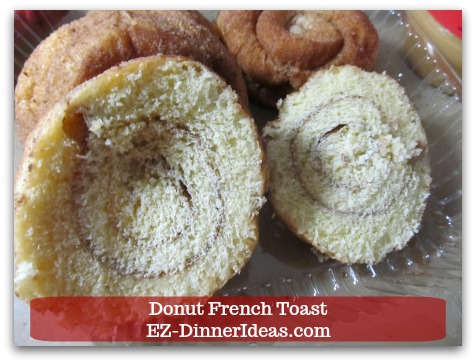 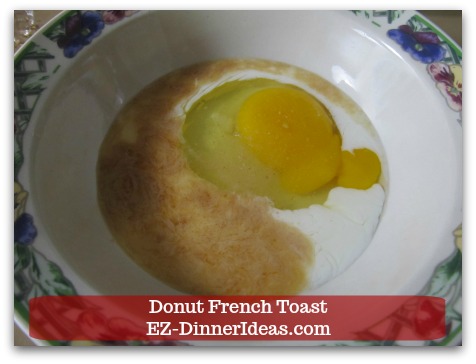 Combine egg, milk and vanilla extract in a bowl 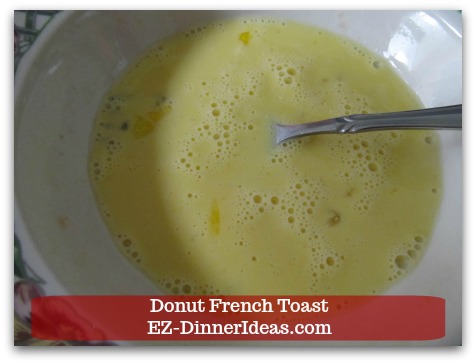 Whisk to combine to make batter 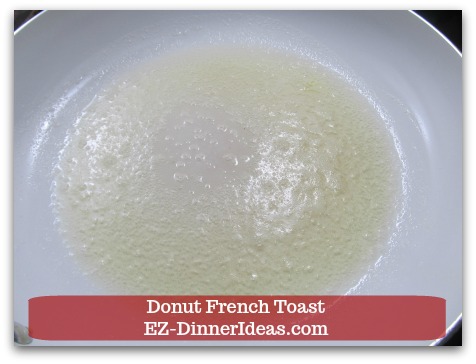 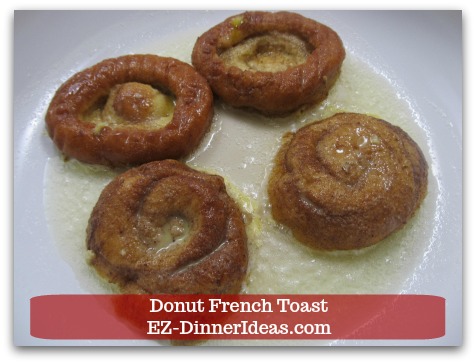 Transfer donuts into the skillet after dipping into the batter 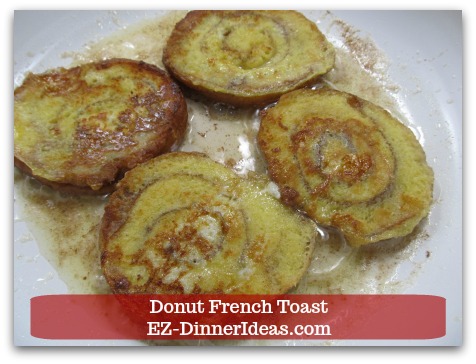 After cooking 3-4 minutes, turn over and cook for another 1-2 minutes 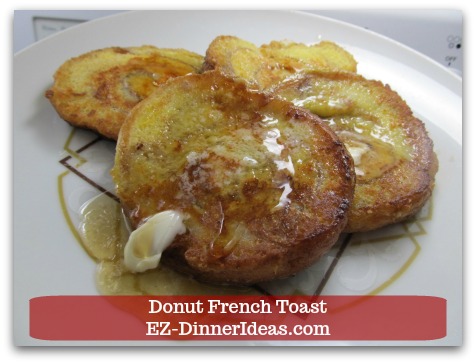