This one pot spaghetti recipe has some Chinese elements in it.  It uses very simple ingredients.  You will love it so much that you are making it over again. 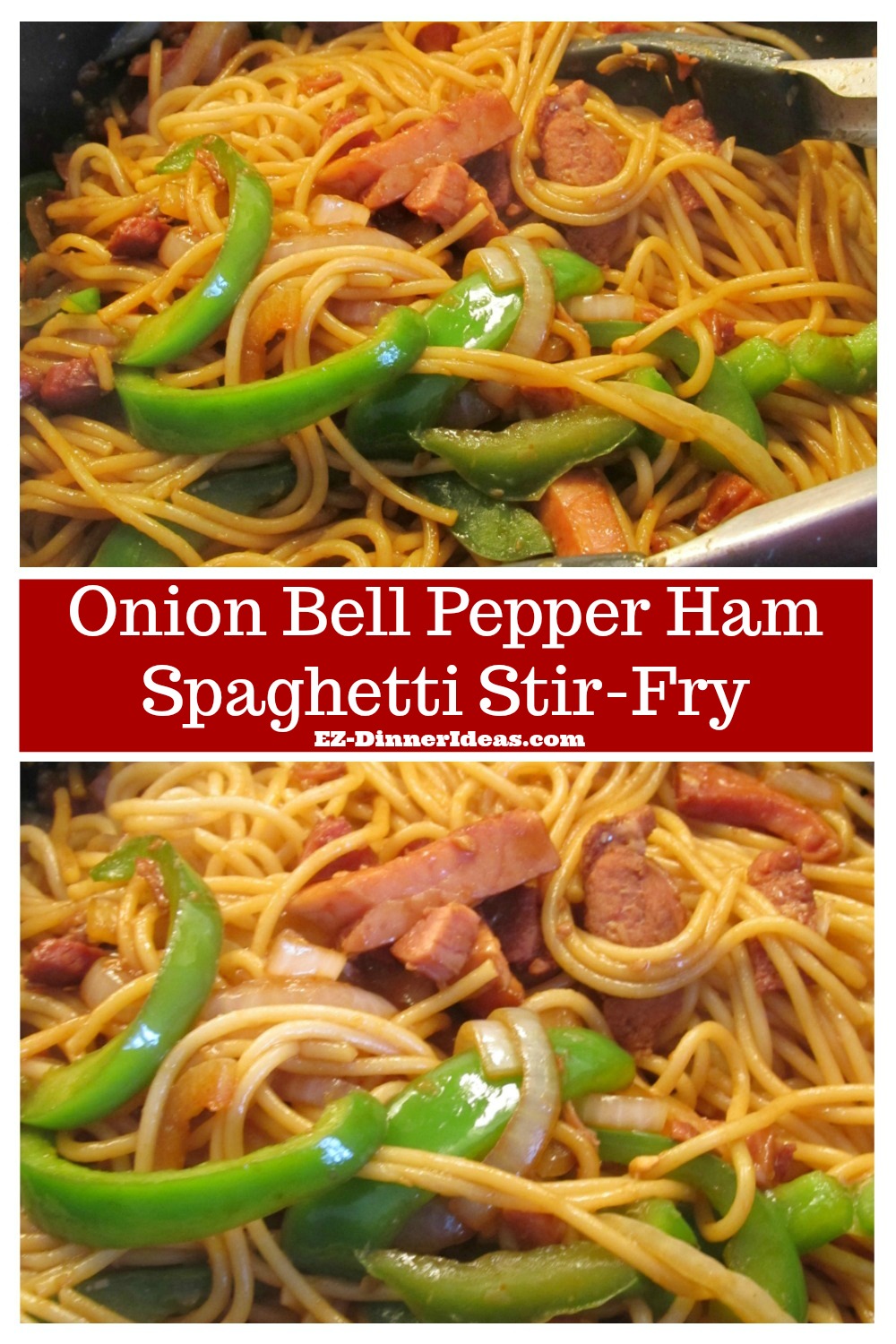 But wait...there is no black bean sauce here in this recipe. 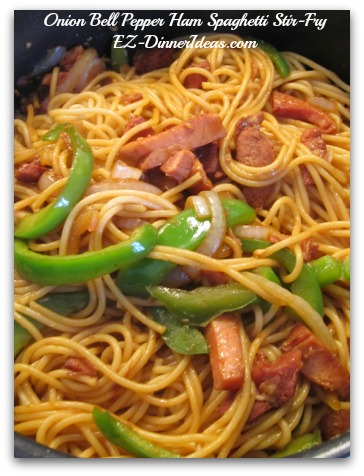 I used sriracha sauce and the combination of other ingredients to make it tastes close enough like the black bean sauce.

You can add it into different dishes.  The flavor goes very well with almost all ingredients, from vegetarian, poultry to seafood.

I love the flavor, but not the texture of the sauce which is the reason why I skip this sauce from this recipe.  I guess the reason why I don't like the texture because the beans are all intact.  A couple years ago, I was in an American supermarket.  That was the first time I saw the Chinese pureed black bean sauce.  I love both its texture and taste for that one. So, if you love to take on a food challenge, add black bean sauce into this spaghetti stir-fry dish.

However, if you are reserved to take a food adventure, you still want to try out this onion bell pepper ham spaghetti stir-fry recipe because there is no Chinese black bean sauce in it.  It is super tasty and delicious.

If there is any ham leftover, this is a perfect recipe to use it up.  Otherwise, get ham steak and cut the meat into stripes.

One Pot Spaghetti Recipe and Instructions 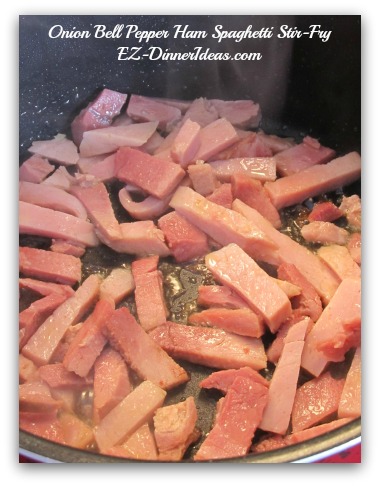 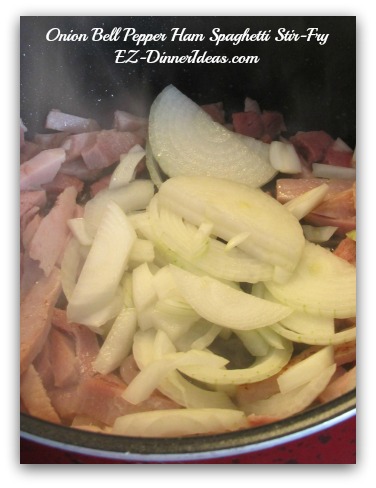 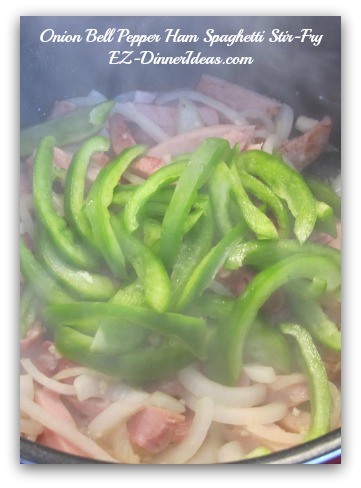 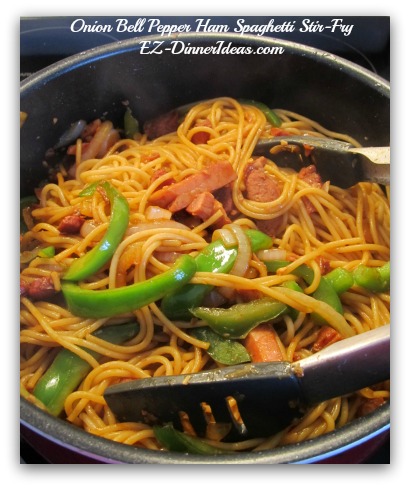